Home / Blogs / VFP / What Are The Different Development Languages Being Used By Organizations Besides VFP? 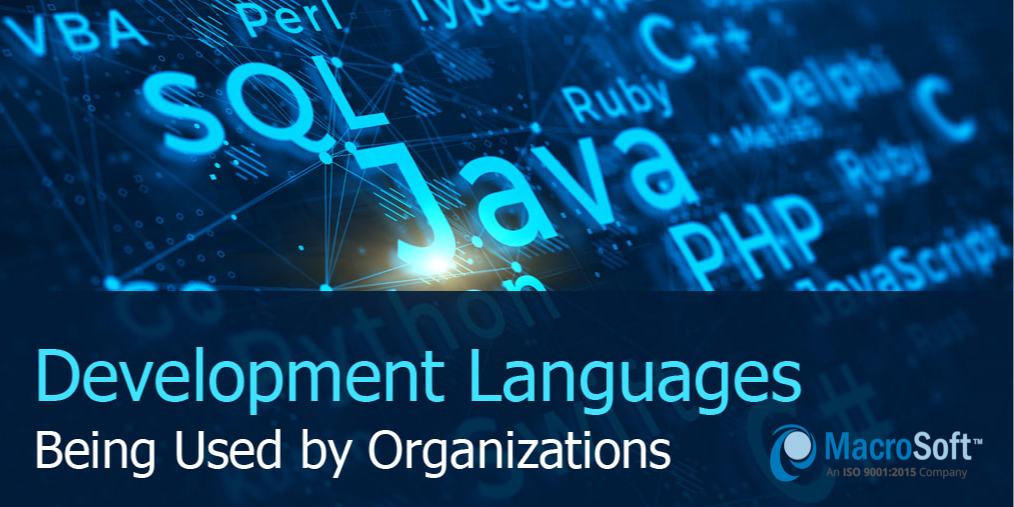 As a leading solution and service provider in migrating Visual FoxPro (VFP) applications, Macrosoft examines the most recent data in the marketplace to steadfast in migrating VFP applications to modern platforms.

As part of their customer-focused strategy, they collect their own VFP survey data and present it back to the industry. Macrosoft’s VFP Best Practices Survey presents the input of 278 FoxPro professionals. Additionally, survey requests were published in a few of the FoxPro LinkedIn user groups. This blog series explores five topics in depth. The first blog post in this series walks around a wide range of development languages being used by organizations that have one or more VFP apps to maintain.

It is an interesting juxtaposition within some companies surveyed. They have VFP apps and are at the same time involved with some of the newer languages of Go and Python as well. In our view, this is a somewhat rocky mix of development talents, and may signal that a migration of the VFP app is in the offing for the near future.

The survey finds a wide range of development languages being used by companies that participated in the survey. These are companies that have one or more Visual FoxPro apps to maintain:

This will be an interesting chart to watch year over year to see which languages gain greater acceptance.

Key elements of the detailed examination of the survey results

We have explored this in-depth in our survey. Download the report for free below.

Download the full report and get access to the interactive report as well. Survey was conducted among 250+ active VFP users from all over the world.

Here we received another part of the VFP survey that includes the integral information about Current VFP Developers. This provides all the developer’s ideology and core support system.

It is our view that companies should not ‘ignore’ their VFP app., which results of this survey question seem to suggest is happening. Rather they should strive to have a mix of some in-house VFP know-how partnered closely with a well-established VFP support company that has a team of trained VFP people ready to respond to any issues.

It was generally asked respondents whether their application is supported by an in-house development team, contact the support team or freelance developer, or no support. They replied and according to the Macrosoft VFP Best Practices Survey most respondents are using freelance VFP developers, and the number is huge 43%.

We are also surprised to see the 11% reported having no dedicated support.

At one level, it is not surprising that the vast majority (73%) of organizations are using outside support for their Visual FoxPro application. IT organizations within many companies are centered around newer development languages and platforms. But at another level, this can be concerning, since it leaves the well-functioning VFP app as an island within the company with only outside support, in many cases performed from overseas

Why Macrosoft VFP Did That survey?

To get the actual frame/scenario of the companies about what they are using and whom they are contacting to get support, what they do in a bug condition, and to resolve all the issues. Respondents were also keen to inform the right calculation and then Macrosoft survey came into the picture.

We have only 16% In house developers which means, either they aren’t focusing on in-house development or they are lacking somewhere.

They should strive to have a mix of some in-house VFP know how partnered closely with a well-established VFP support company that has a team of trained VFP people ready to respond to any issues. That is why we get these numbers and thanks to respondents to provide all the necessary info.

What we agree is, VFP is not a language we should begin learning anymore, despite needing it to convert and migrate it. VFP has grown from the eighties to 2006, not resulting in an elegant overall architecture. It’s having a steep learning curve for that matter and for not being very compact and lightweight.

Download the full report and get access to the interactive report as well. Survey was conducted among 250+ active VFP users from all over the world.

Prior to joining Macrosoft in May 2017, Joe had over 25 years of experience in the Banking Industry. Equally, Joe focused on Account Management, Project Management, Implementation Management, and Product Development. Moreover, Joe is excellent at improving the client experience by driving change management projects to completion. Previously, Joe held the following positions in the following institutions: JPMorgan, Citigroup and Brown Brother Harriman. 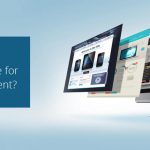 5 Reasons Why ASP.NET is The Right Choice for Web Development 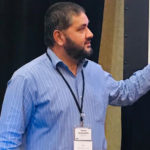 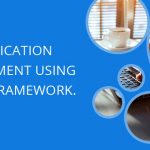 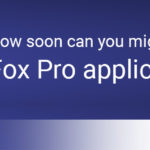 How soon can you migrate your Fox Pro application?