Why we love Microsoft .NET Platform Open Source (and You should, too!)

Home / Blogs / Database Migration / Why we love Microsoft .NET Platform Open Source (and You should, too!)

We live in a technology powered world driven by mobile and cloud paradigm. For large organizations, their developer workforce are the key factor that enable them to succeed in today’s fast paced business technology environment. Developers enable businesses to connect with customers, build amazing new consumer experiences to drive new revenue streams.

Microsoft has revolutionized the programming world with its .NET framework and Visual Studio IDE with best in class tools for developers of all calibers. The .NET Core is a modular framework with the ability to support multiple programming languages that allows developers to build innovative apps across platforms for multiple devices.

With the first Visual Studio.NET version released in 2002, the framework has grown immensely and currently supports a wide range of businesses. There are a  good number of skilled .NET developers also to support the needs of business organizations. Microsoft .NET framework provides a managed execution environment as well as a variety of running application services such as automatic memory management, native interoperability, type safety, etc. The .NET framework has been a stand out platform with its capability to support multiple programming languages that allows developers to build all kinds of apps for nearly any device. Earlier .NET was compatible only on Microsoft based platforms but now things have changed. So how about.NET becoming open source? Yes, it’s true and exciting for Microsoft developers as they can gear up for .NET Core 5 and ASP.NET 5 cross platform framework compatible with Linux, Windows and OS X. Microsoft has decided to make .NET cross platform more sustainable by outsourcing .NET core.

With .NET going open source to spread beyond platforms, Microsoft controls are getting a common core than a set of loosely coupled subsets. Portable class libraries, shared projects and universal apps makes .NET framework programming unique. Microsoft .NET core is designed to be agile, modular and open framework that can be used across a variety of platforms, architectures and app models. This general purpose modular framework has a reengineered set of runtime and class libraries to build a variety of applications. The primary goal of .NET core is to maintain a single code base that allows to build and support all platforms comprising of Windows, Linux and Mac OS X. It should be noted that certain components like file system require different implementations. The NuGet deployment model, which is to be used in delivering the .NET core, will be a unified API capable enough to cater to these different ones. So, with a single NuGet package, multiple implementations, one for each environment could be delivered. An open and transparent development process allows the developer community participation in design, code reviews for contribution to changes in product and enhance performance.

The new open .NET stack for open source development and agility is the key trait of .NET core. A sneak peek of open source .NET would comprise of docker tools, ssh client for Windows, Ubuntu running in Azure, native code, static linking, and so on.

Large applications are not developed in a single IDE. So for developers, Microsoft Visual Studio 2015 surely is the best IDE that is crafted to perfection for the first class experience. Microsoft Visual Studio IDE has become the most popular and complete IDE by supporting most of the languages. The next version of Visual Studio is expected to support R programming language, C# pattern matching and should support new scenarios for any developer.

For more information on .NET core and Open Source can be found here.

Read our blogs to know more on .NET migratio 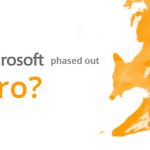 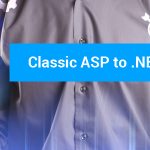 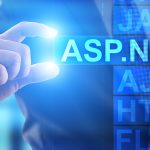 5 ASP to ASP.NET Migration Tips for Any Business