Moving out of VB6

With Microsoft announcing the phasing out of VB6, as a VB developer you will need to update yourself to the changes the VB.NET environment brings in. It takes significant effort for porting applications in VB to VB.NET. In .NET environment, backward compatibility to VB is not a high priority goal for Microsoft.

Migrating to .NET environment should be handled carefully as the major change from VB to VB.NET is that VB.NET is based on Common Language Runtime (CLR). For the .NET applications developed in VB, C++, C# or other languages, the CLR serve as an execution platform. VB as a programming language has undergone significant changes in the CLR new programming model. To make the best advantage of the .NET platform features and structures, it is better to rewrite the application than porting.

When you start VB6 to VB.NET, certain steps are taken. Begin with a plan, identify processes, gather requirements, and eventually build the architecture of the solution. Once your VB6 to VB.NET plan starts taking shape, then start with VB6 to VB.NET development.

Migration from VB6 to VB.NET should be done in a systematic way comprising of analysis and design phases upfront. This helps in an easier implementation to the .NET environment and saves time and cost associated with software development.

The VB6 to VB.NET analysis part is slightly different in this case. Begin by studying the current application, and try to identify code blocks that require changes. VB6 application migration to .NET should be carried out by converting the existing application to .NET and then fixing the converted code in .NET.

Here we list the VB6 to VB.NET migration steps:

During migration, if the existing VB6 code has good interoperability between COM components and .NET framework, then place the existing code can call your library. This helps in saving time and focusing more on writing new code for the application.

Oddly, as much as everyone ridicules VB6 as a “toy” language, I’m seeing more and more VB6 jobs becoming available. The VB6-Developer (full-time) is starting to become a rare breed. As more transition to .NET, no one wants to go back to the “Dark Ages” before Enlightenment and its being reflected in opportunities and salaries. It’s not all that different to what happened with COBOL, which is still out there alive and kicking.

If done right, VB6 to VB.NET is an easy process, so if you or someone you know want to learn more about VB6 to VB.NET feel free to read our other blogs. 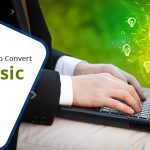 Choosing the Right Approach when Converting from Visual Basic to .NET 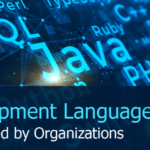 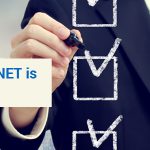 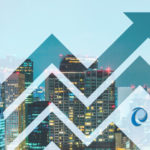